Endre Rangnes partners with a financial giant to introduce a new competitor in the credit management industry. New owners will provide more than NOK 4,2 billion.

Endre Rangnes partners with a financial giant to introduce a new competitor in the credit management industry. This spring Aleph Capital Partners made an agreement with Bank2 to acquire Finans2. The ambition is to use Finans2 as a starting point for further expansion in the European market. Finans2 will be managed by CEO Endre Rangnes, while Jon Harald Nordbrekken becomes the Chairman. Both Rangnes and Nordbrekken are also involved as investors.

“We will most definitely benefit from Safra Group`s financial muscles and expertise. The partnership will give us many opportunities in the future”

After a period of negotiations Finans2 agreed upon an extensive partnership with J. Safra Group, an international conglomerate controlled by the Safra family. J. Safra Group is committed to contribute with 400 million euros, equivalent to NOK 4,2 billion. Rangnes says the company most likely will provide significantly more capital in the long run.

“The credit management industry is fragmented and barely consolidated. We want to consolidate in the long run. As such, there is a need for more capital”, says Rangnes to Finansavisen. J. Safra Group is a leading company within the industry, and the family-owned conglomerate owns banks and companies across the world. The Group has 270 billion dollars in total assets and 20 billion dollars in equity. Read more about J. Safra Group.

“By having J. Safra Group on board we have a solid financial backing. The Group will be involved in all our purchases to ensure a good return on invested capital”, says Rangnes.

“We will most definitely benefit from Safra Group`s financial muscles and expertise. The partnership will give us many opportunities in the future”, says Rangnes.

Finans2 has offices in Norway, Sweden and Denmark. The ambition is to rapidly establish a presence in six to seven countries within a short period of time. The new group has recently made its first acquisition outside the Nordic region, the Iberian company Multigestion.

“With the acquisition of Multigestion, we are acquiring a solid platform in Spain and Portugal and will be well positioned in the financial services segment, focusing both on third party collections and portfolio acquisitions.” Multigestion is a well-established player in the Iberian NPL markets, having operated in Spain and Portugal for close to 30 years. Multigestion has scale, bringing with it circa 250 employees and EUR 5.7 billion of NPLs under management as a third-party collection provider, and mainly serves the financial services sector. Last year the company had a revenue of 8 million euros.

“Previously, Multigestion has not bought non-performing portfolios. We are now scaling up this work”, says Rangnes. Rangnes has recruited the former Spanish CEO at Axactor to be in charge of the scale up in Iberia.

Safra Group`s financial muscles and expertise. The partnership will give us many opportunities in the future.

“Going forward, J. Safra Group will provide significant equity making them the largest owner”, says Rangnes. In addition to Multigestion, the new platform has also made its first acquisition of a Spanish unsecured NPL portfolio. The portfolio has an outstanding principal of EUR 3.16 billion and consists of 650 000 claims. The portfolio will be managed by Multigestion.

“With the acquistion of Multigestion, Finans2 is already present in five countries. Our initial aim is to expand in the Nordics and Iberia. In parallel, we are working with two/three other countries. We want to enter larger markets such as Italy, France and Germany”, says Rangnes.

Endre Rangnes partners with a financial giant to introduce a new competitor in the credit management industry. New owners will provide more than NOK 4,2 billion. 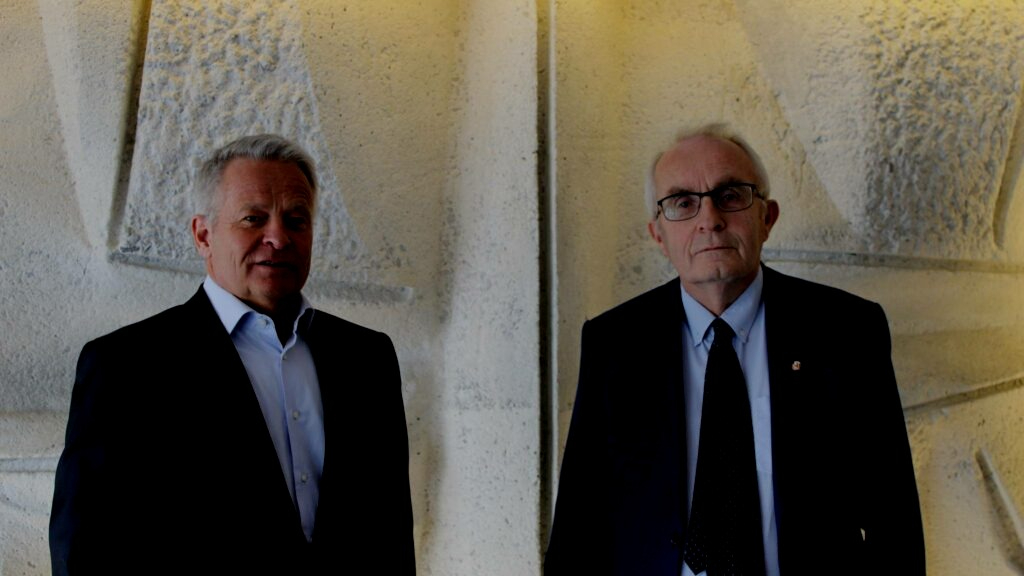 On Friday, Jon Harald Nordbrekken announced that Bank2 has entered into an agreement with Aleph Capital Partners to acquire Finans2.

Read
This site is registered on wpml.org as a development site.